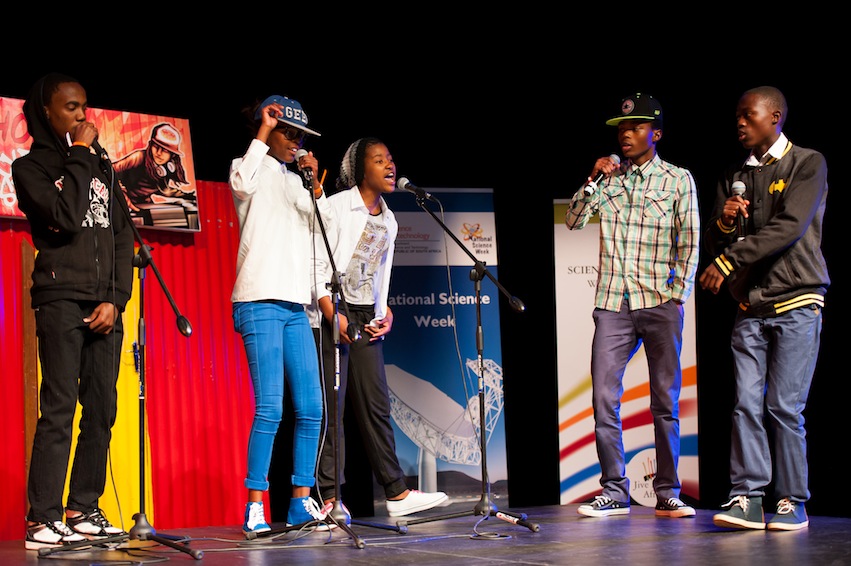 Hey everyone! This is the last of our songs that were recorded by the learners from Edendale Technical High for National Science Week in celebration of The International Year of Light and Light-based Technologies.

Listen to the Light AMPS with their RAP Lasers:

You can listen to the interview we had with iFani, Lex Lafoy and scientists Dr Sandile Ngcobo and Sphesihle Makhathini on what kind of music they listen to and how it has influenced them on

Share with your friends and family and remember #KnowledgeIsNCAH!! 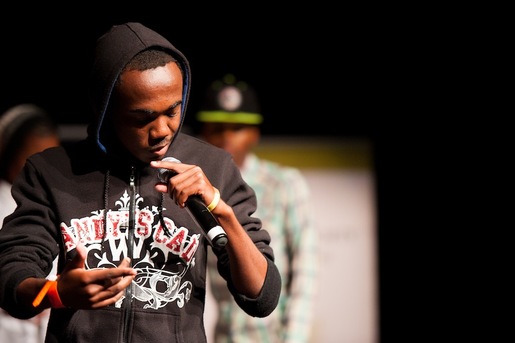 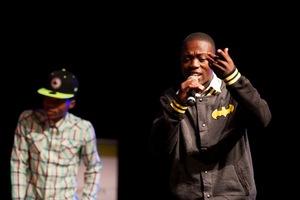 Verse1
Now i'm on the rap game I told you i'm not lame
I came with the paper talking about the laser
My flow is so dope, it is in the form of a light ray
It's killing my vibe it travelling in a straight line
The speed of light is 3000 000 00
Now I'm the soldier using laser in my gun
Laser is so cool it provides a lot of fun
As I’m watching DVDs I’m having a lot of fun
I'm cutting with the sharp laser wearing blazer
Now you have to stop tracer, I'm the razor now
I'm the brain teaser, confuser. I'm never gonna let
B.I.G wanna chase me, laser is the first thing
I use when cutting, getting the police prepare it
When shooting. It is found on the DVDs working
When it's reading
Laser is not fooling, laser sensitive
It makes the tool portable, when i'm pulling the cable
So resistible, on the mic I’m capable
I got the laser gun that is burning on my back
Already told about the laser, now you feel the track
You can see I can rap
Don't move like a
All you better do is sit back and clap, cause the CD is
Spinning and then laser is reading while my
People are screaming and some of them are listening.

Verse 2
I'm killing Frasier with a shotgun laser, if you have a
problem with we'll see you later with a cutting
laser, please don't hate us, we're shaper then razors
Ask the terminator, with his eye laser, speed of light.
If you block me on my way and my laser strikes you
Got me shinning under the moonlight, stars like diamonds
In the sky, my laser tight, shinning in the dark, please don't
Crush with the mic, cause i'm killing with light of the laser
cut, please don't fight, it's just a laser cut with the speed of light.

Verse3
We're light amps representing laser
That read data from the CD player
They move straighter
They ain't weaker
They are strong like soldier
At the war
Carrying guns that have laser
You better surrender
Pull a trigger
Straight to your head
At the other hand, me and my crew
Are sharper than a razor
Even if we do, we always come through
I hope you see us
Because we also see you

Verse 4
A part section exerted
From the topic
Driven by the emission of radiation
Circulating around the definition
As if the electric magnetic field lines
Are pole dancers, yeah
Didn't plan to play it ya'll
But I thought I should downplay to foreplay
Party time we getting excited now
Photon theory produced a wonder estimated
To 110 times stronger.
Graphene is proudly brought to you by mono-physics.