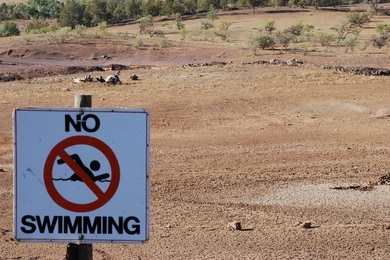 Hey everyone – as you know it’s  National Water Week!

This is especially important in South  Africa,  which is naturally a very dry  country.  Access to fresh water is a  constant issue in  our communities  and when water is scarce,  we need  to  pay very close attention to  water  quality!

A long wait for water

Since 2014 South Africa has been struggling with a water  shortage. This is thought to be primarily due to two main  causes: global climate change, and the current El Niño  event, which typically brings hotter, drier weather to  southern Africa. Now, going into the 2016 calendar year,  our country faces one of our worst droughts in over 23  years, according to some reports.

An area is said to be in a state of drought when it  experiences less than 75% of its usual rainfall. This in  itself is no disaster; it becomes a disaster when it  impacts local people and the environment to a point  where they can no longer manage without assistance. So  far, five provinces in South Africa have been declared  disaster areas. These are Mpumalanga, Limpopo, KwaZulu-Natal, North West and the Free State. Parts of the Eastern Cape, Western Cape and Northern Cape are heavily affected as well.

What does this mean for us?

The drought poses a serious threat to our communities. The lack of drinking water can lead to dehydration and even heat stroke when it gets very hot. These are very serious, especially in areas without good medical facilities.
With less water available, the quality of the water also gets worse. Because there is less water, the concentration of dissolved chemicals in the water increases. This makes fresh water even more scarce!
Another impact is that, with less water, people generally save the water that they have for drinking only. They don’t wash their hands as often as usual, and this can lead to water-washed diseases such as skin and eye infections, as well as diarrhoeal diseases. These are caused by harmful micro-organisms that are passed on by touching things and other people, due to a lack of clean water for washing.

Keep an eye on the Science Spaza page every day this week for more information on water and health. Also find out what the E.H.S. Science Club had to say about water and health with their awesome Hip Hop song “Access to water” – check it out on SoundCloud!

Music from the clubs!

5. Hip Hop Health - With the lack of purification - Science Photons