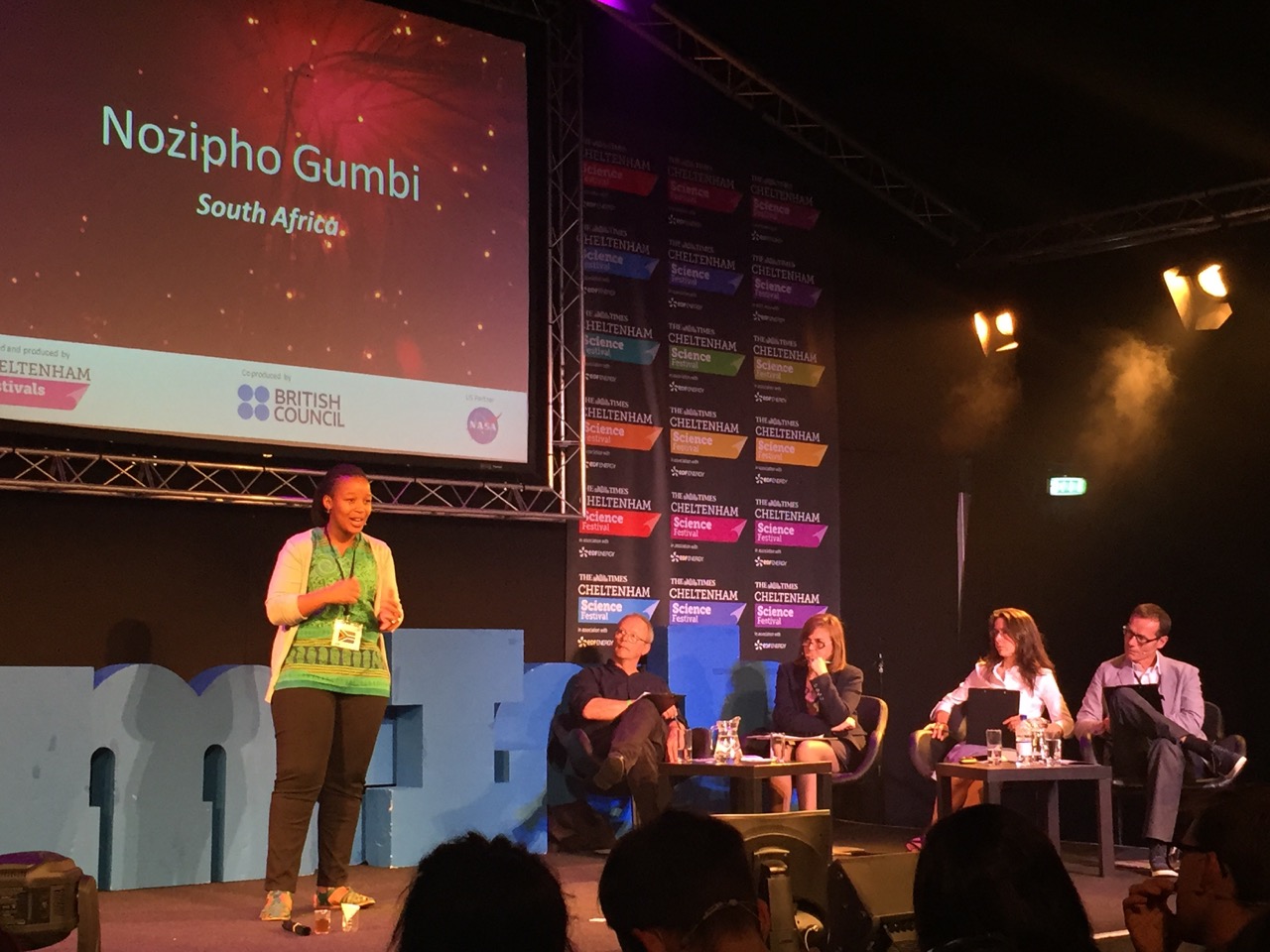 The young scientist from KwaZulu Natal, Nozipho Gumbi, has made us proud by flying the South African flag high at The Times Cheltenham Science Festival in the United Kingdom by participating in the FameLab 2016 finals.

After winning the South African leg of the competition, Nozipho got onto the world stage and delivered her engaging speech on how carbon nano-tubes can be used to remove micro-pollutants in our water systems and  secured herself a place in the finals.

The finals took place on the 9th June 2016 and ended with the announcement of Abhi Veerakumarasivam from Malaysia taking the crown for the FameLab 2016 competition. Congratulations to all those who participated and made it to the finals!