HOW THE EARTH SURVIVED A METEORITE

Did you know that a fireball crashed into the Earth millions of years ago? But how can we even claim to know this story, since there was no one alive to see it? Also, why does it matter?

The answer lies in the study of rocks. Get this: a burning ball of rock (or meteorite) the size of Table Mountain crashed into an area which is now called Vredefort. This fireball hit the Earth at a whopping speed of 10 km per second! There was a MASSIVE EXPLOSION after the crash. 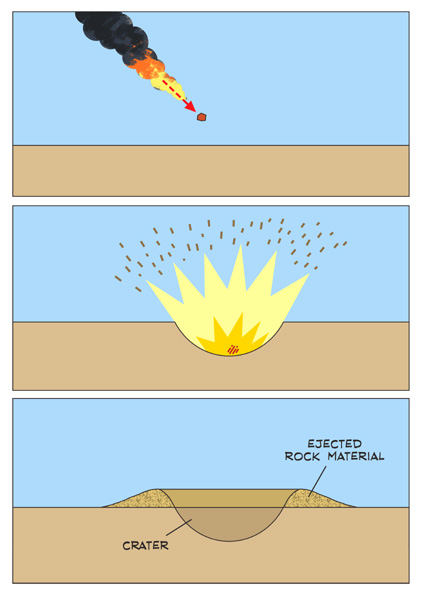 Vredefort is world famous because it is the world’s oldest impact crater. The impact of the fireball formed a 300 km wide crater – stretching from Johannesburg to Welkom. Not many can say that they live inside a crater! The impact of the fireball punched rocks down kilometres deep into the earth; then the molten rock bounced back up and hardened to form the inverted Vredefort Dome – a huge circular area of granite under the soil. Isn’t that unbelievably incredible?

The Vredefort Dome shows us what the Earth’s crust looked like millions of years ago. Are you not curious to see what it looked like? Secondly, the gold which was deeply embedded in the Earth was uplifted around the edges of thefireball’s impact area. This is where we find 45-50% of the world’s gold. Without the Vredefort event gold might never have been discovered.

There are similar craters around the world. For example, the Popigai crater in Russia and the Chicxulub crater in Mexico which is covered by the ocean. See if you can find out where they are on a map! 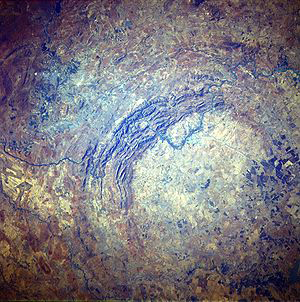 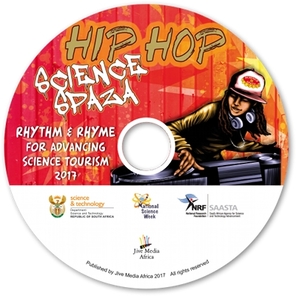