Science Spaza had the opportunity to hang out with learners from Mlungisi Secondary School for National Science Week 2016, learning about sustainability and laying down tracks. It was a blast! 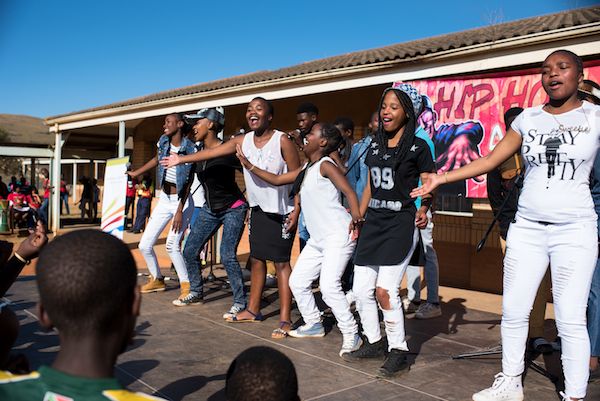 Science Spaza is celebrating National Science Week 2016. The theme this year is Science for Sustainable Development and Improved Quality of Life. Hip Hop Science Spaza is focusing on water, food security and nutrition.

Learners from Mlungisi Secondary School in Taylor’s Halt, Pietermaritzburg, joined in on the celebrations with Hip Hop Science Spaza and science experts to learn more about nutrition, food security and water. They then composed songs to convey an important message about sustainable living and got to perform their songs for their parents and the community.

The songs were professionally recorded and will be played on community radio stations across the country during National Science Week 2016 (08 -13 August 2016).

The National Science Week launch was hosted at the University of the Western Cape on the 6th of August 2016. Five of the learners from Mlungisi Secondary School had the opportunity to perform their songs in front of a crowd of over 3000 people and were featured on SABC 2’s Morning Live.

Follow us on Facebook  to find out more about what we are getting up to this National Science Week. 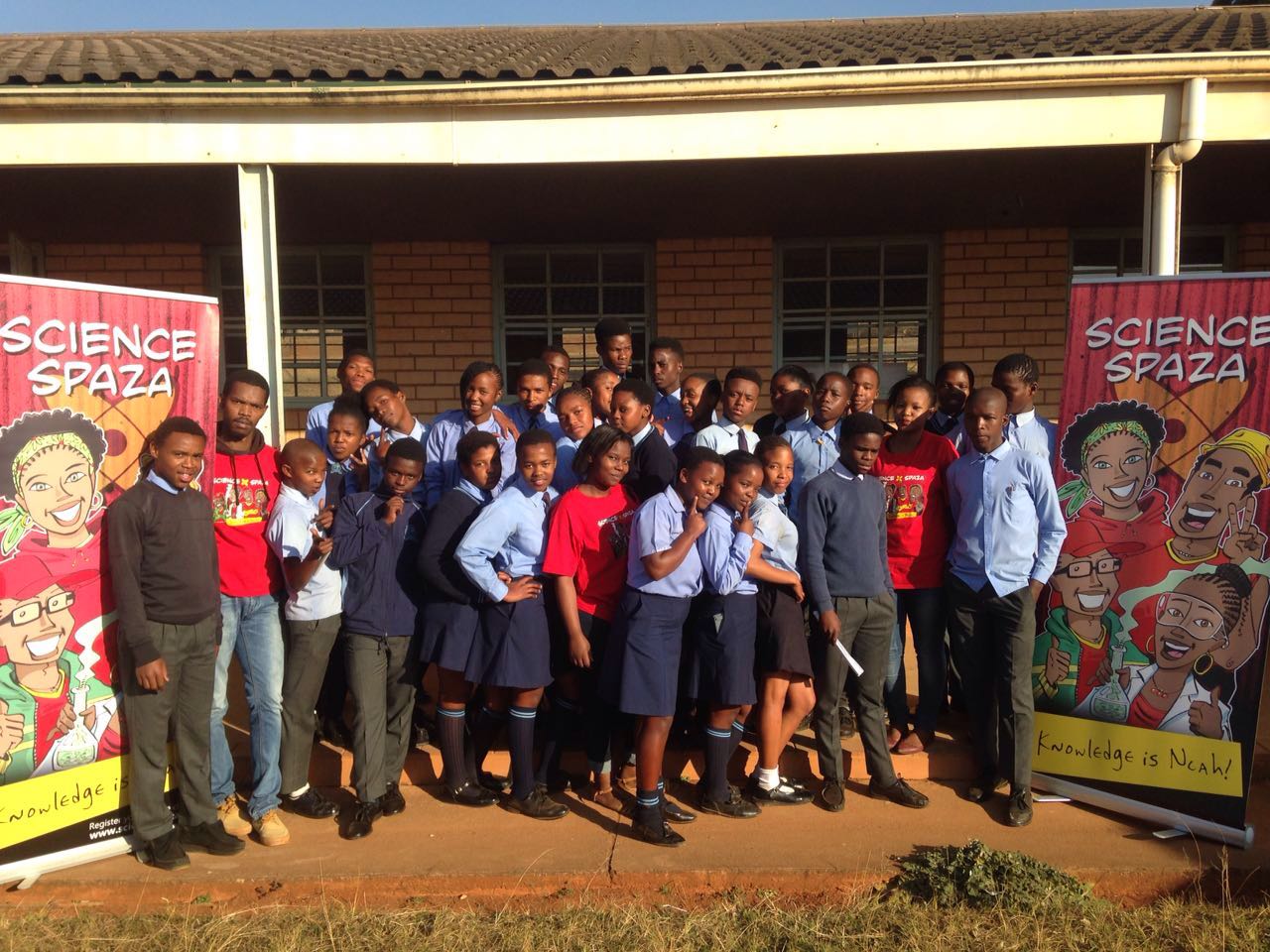 The Science Spaza team is out in Taylor’s Halt at Mlungisi Secondary School for the Hip Hop Science Spaza programme. 30 learners from the school have been chosen to participate in this programme. They were asked to think about sustainability with the focus being on water, food security and nutrition. They were then tasked with drawing key messages to use to compose their very own Hip Hop songs.

“It is  amazing to see how creative all these leaners are. The effort and passion they put in when creating these songs is motivating” – the words of the Hip Hop Science Spaza project manager, Sthabile Mazubane.

The team will be heading out again for more workshops with the learners to finalise the songs  and prepare them for the Hip Hop Science Spaza event .  The event will be hosted  by the learners where they will perform their songs for their community.

This year’s theme is ‘Science for Sustainable Development and Improved Quality of Life’ and the Science Spaza programme will be focusing on the critical topics of food security, water and nutritional health.

10 000 thousand copies of Spaza Space (Science Spaza’s official newspaper) along with fun science activities will be distributed to a network of over 140 self-initiated science clubs and 30 science centres in all 9 provinces in South africa. Your organisation could be featured in this publication in the form of an advertorial or advertisement. If you have a programme you would like to promote during National Science Week, Space Space offers an excellent platform to do so. You would be reaching a network of over 5000 learners nationwide in both urban and rural areas. 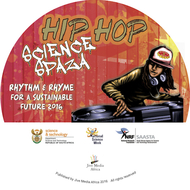 4. NSW2016 - All About Nutrition - Burning Desire featuring interview with learners