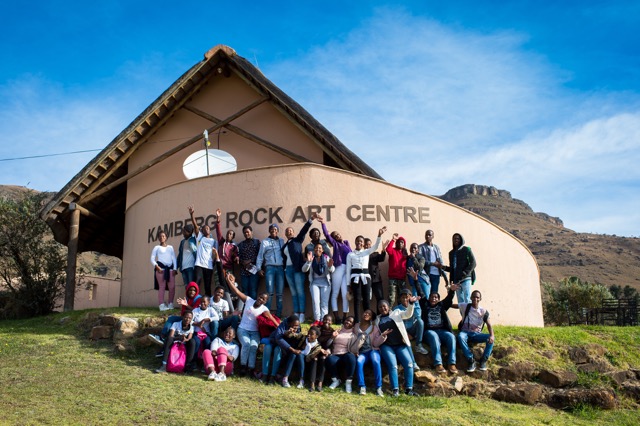 The Kamberg Rock Art centre in the Drakensberg was the site for our Science Rocks! experience

Science rocks! Rocks have a great story to tell us about our past. For example, scientists have found the bones of our ancestors in the Sterkfontein caves in Gauteng. These ancestors lived millions of years ago – evidence that Africa gave birth to humankind!

There are more ways in which rocks hold clues about our history. The San Rock Art paintings found in the Drakensberg mountains reveal the experiences of San people who lived there a long time ago.

The upcoming National Science Week (NSW) (5-12 August 2017) with the theme ‘Advancing Science Tourism’ will be celebrating areas which promote science to the public. The area of focus at Science Spaza will be on rocks. You may ask why? The answer is easy – rocks have a lot of value and can teach us many things. It is through rocks that we can better understand mountain formations! They provided the canvases for San rock artists and have preserved evidence of ancient life forms. Did you know that fossil dinosaurs have been found in the Drakensberg? How about the fossil of a 750 kg African bear found at the West Coast Fossil Park? This bear was much bigger than an adult male polar bear, which weighs between 350 and 540 kg.

On 26 May 2017, Science Spaza took 30 learners from the Zibukezulu Technical High School on an excursion to the Drakensberg to meet some scientists and learn more about geology, palaeontology and San rock art.

Tshiamo Legoale, who was crowned the 2017 International FameLab winner! She represented South Africa at the international Cheltenham Science Festival in the UK! She gave an amazing talk on how to extract gold from wheat grown on mine dumps. Did you even know that something like this was possible? She works for Mintek as a geologist. A perfect example of how science can rock your world. Halala Tshiamo Halala! 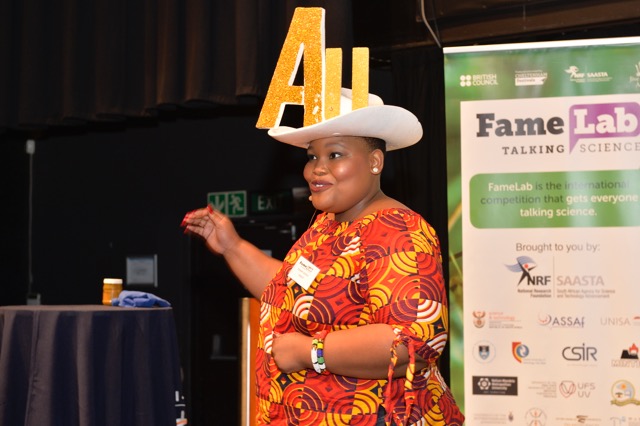